There are many beautiful bronze statues from antiquity still around today. Some are more than 2000 years old. It's a testiment to the quality and prestige of bronze. If you're thinking of purchasing a bronze sculpture or fountain for your garden, home, or public area, just keep these in mind if you're wondering how long they'll last. 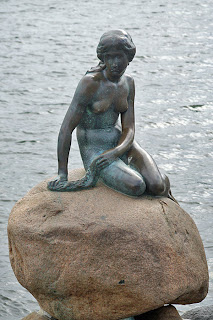 The statue of The Little Mermaid (Den lille havfrue in Danish) sits on a rock in the Copenhagen harbour at Langelinie. This small and unimposing statue is a Copenhagen icon and a major tourist attraction.

The statue was commissioned in 1909 by Carl Jacobsen, son of the founder of Carlsberg, who had been fascinated by a ballet about the fairytale in Copenhagen’s Royal Theatre and asked the primaballerina, Ellen Price, to model for the statue. The sculptor Edvard Eriksen created the statue, which was unveiled on 23 August 1913. 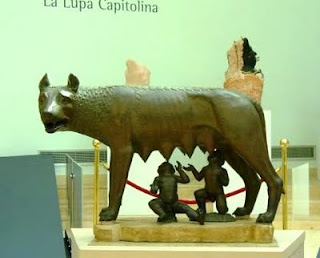 The bronze Capitoline Wolf in the Museo Nuovo in the Palazzo dei Conservatori on the Campidoglio (the ancient Capitoline Hill) —where it has been housed since 1473 — is one of the icons of the founding of Rome. When the twins Romulus and Remus's father Numitor was overthrown by his brother Amulius, according to the founding myth, he ordered them to be cast into the Tiber. They were rescued by a she-wolf who cared for them until a herdsman, Faustulus, found and raised them. 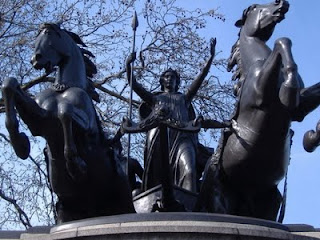 3. Boudicca: Queen of the Iceni

Boudica, formerly known as Boadicea, (d. AD 60 or 61) was a queen of the Brittonic Iceni tribe of what is now known as East Anglia in England, who led an uprising of the tribes against the occupying forces of the Roman Empire. 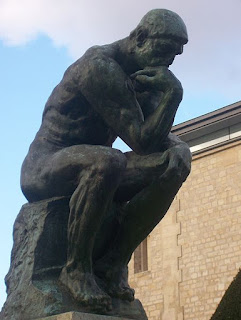 The Thinker is a bronze and marble sculpture by Auguste Rodin held in the Musée Rodin in Paris. It depicts a man in sober meditation battling with a powerful internal struggle. It is often used to represent philosophy. 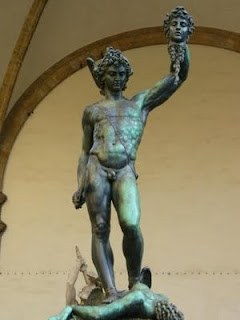 Perseus, the legendary founder of Mycenae and of the Perseid dynasty there, was the first of the mythic heroes of Greek mythology whose exploits in defeating various archaic monsters provided the founding myths in the cult of the Twelve Olympians. Perseus was the hero who killed Medusa and claimed Andromeda, having rescued her from a sea monster. 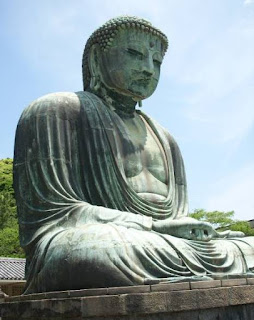 Constructed in 1252. Of the three giant effigies of Buddha in Japan, it alone remains in orginal form. The Kamakura Daibutsu is roughly 50 feet in height (the face itself over eight feet long) and weighs 93 tons. Upon the head are 656 curls, a traditional characteristic of the Amida Buddha. 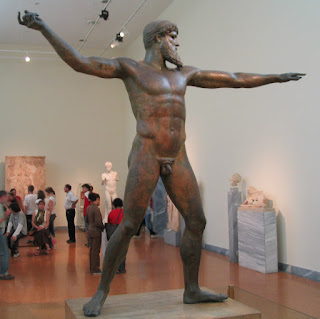 In Greek mythology, Poseidon was the god of the sea and, as of earthquakes. The name of the sea-god Nethuns in Etruscan was adopted in Latin for Neptune in Roman mythology: both were sea gods analogous to Poseidon. Linear B tablets show that Poseidon was venerated at Pylos and Thebes in pre-Olympian Bronze Age Greece, but he was integrated into the Olympian gods as the brother of Zeus and Hades. Poseidon has many children. 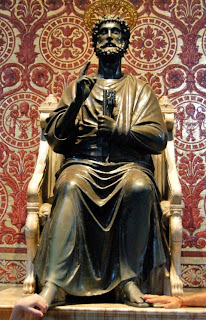 Ancient statue of St. Peter in St. Peter's Basilica, Rome. Set against the north east pier of the dome is a statue of St. Peter Enthroned, sometimes attributed to late 13th century sculptor Arnolfo di Cambio, with some scholars dating it to the 5th century. One foot of the statue is largely worn away by pilgrims kissing it for centuries. 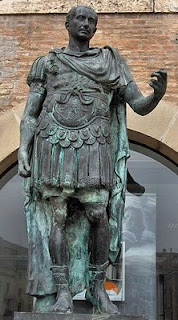 Julius Caesar was a Roman military and political leader. He played a critical role in the transformation of the Roman Republic into the Roman Empire. After assuming control of government, he began extensive reforms of Roman society and government. He centralised the bureaucracy of the Republic and was eventually proclaimed "dictator in perpetuity" 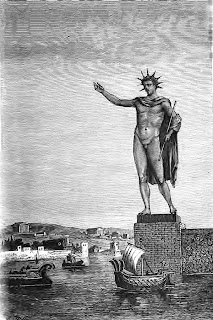 The Colossus of Rhodes was a statue of the Greek god Helios, erected in the city of Rhodes on the Greek island of Rhodes by Chares of Lindos between 292 and 280 BC. It is considered one of the Seven Wonders of the Ancient World. Before its destruction, the Colossus of Rhodes stood over 30 meters (107 ft) high, making it one of the tallest statues of the ancient world.
Posted by www.AllClassics.com at 11:59 AM